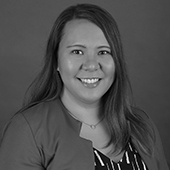 “We applaud the Premier and Minister for Transport for confirming that Parramatta Light Rail Stage 2 will be delivered. It is a positive step forward to see funding committed in the upcoming NSW Budget for the planning needed to get the project built.

“This will be a welcomed announcement by the growing communities of Melrose Park, Wentworth Point and Carter Street who are crying out for better public transport to connect them to the job centres in Sydney Olympic Park, Parramatta and the Sydney CBD.

“Parramatta Light Rail Stage 2 will be a boon for jobs and housing along the route. The NSW Government’s own analysis shows that by 2026 there will be 5,200 less jobs and 6,000 fewer dwellings if the project is not built.

“The Western Sydney business community looks forward to working with the NSW Government through the planning and approval process to ensure that the project can start construction as soon as possible.”