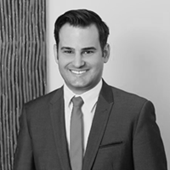 Business Western Sydney has unveiled a new concept to transform the historic Lancer Barracks, located next to Parramatta Station, into a new open green space and public square for Sydney’s booming Central City.

The Lancer Barracks is currently Australia’s oldest active defence base, but it is underutilised with less than 10 full-time staff and an imposing security fence isolating the site from the rest of the city and the public. It is currently only open to the public for six hours on Sundays, for a fee, to visit the Museum.

Business Western Sydney has commissioned a fly-through video of the concept by Arterra Interactive which shows how the Lancer Barracks could be reimagined.

Less than 1% of the Parramatta CBD has any form of accessible green space. Opening the Lancer Barracks as a new public square, alongside the new playing fields for the schools on the site of the old Arthur Phillip High School, would create up to 1.1 ha of new green and public space for Parramatta’s limited public domain.

“Transforming the historic Lancer Barracks into a new public square and green space for Parramatta would greatly improve open space in the CBD and allow the community to form a stronger connection with the site’s rich military history,” said David Borger, Executive Director of the Western Sydney Business Chamber.

“Lancer Barracks is a beautiful site but the need to keep it secure and locked has isolated it from the public.

“The Lancer Barracks providing the linchpin in the nation’s defence strategy is diminishing rapidly and its appropriate with a renewed focus on the need for greater public and green space in our urban centres to reimagine its future in the Parramatta CBD.

“A new Lancer Barracks Public Square would bookend an axis of public squares in the heart of Parramatta and would join Centenary Square on Parramatta’s historic Church Street Mall on the other end with the new Parramatta Square in the middle linking the two together.

“We know that Defence is currently looking at the future of a number of its bases across the country. We encourage the Federal Government to work with the Parramatta community to give the Lancer Barracks a new lease on life and allow the surrounding communities to connect with its rich history.”